Skip to content
Posted on October 4, 2016 by William Jackson 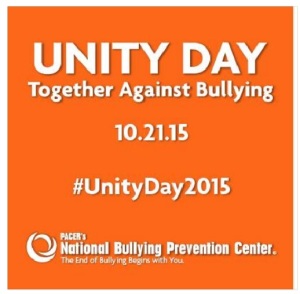 Theme:
“Your David and Goliath Moment” How to fight Bullying with scripture and prayer.

There are tragic stories of young people like 15
year old Phoebe Prince who have taken their lives
because of bullying. Even Iain Steele a 15 year
old that lived in Chicago and had a promising
future in high school and Carl Walker-Hoover
11 years old, even though he was a Boy Scout and football player.

The Springfield, Mass., young man was ruthlessly
teased and harassed, he was even active in his
church, but was affected by bullying to the point
where he committed suicide. Bullying crosses race,
gender and cultural lines. Carl was African American,
the list tragically grows for teens and young
people that are attempting suicide and even tragic
the ones that are successful.

Enduring the torment, embarrassment of being harassed
in an atmosphere where Phoebe should have been protected,
nurtured and safe. She was a high school student in
South Hadley, Mass. Instead of expectations of a
great year in high school she was tormented verbally
and online (cyberbullying).
Her’s is not the only story; there are growing stories
of students from elementary, middle and high school who
experience various levels of bullying, harassment and
torment at the amusement of others. The most notable is
that of Jeffrey Johnston, who took his life in
2004 after being bullied. Jeffery a 15-year-old boy
committed suicide after being bullied, including Internet
bullying (cyberbullying). There are laws now named after
him.
His tragic story has resulted in the “Jeffrey Johnston
Stand Up for All Students Act” (Fla. Stat. section 1006.147).

Statistics from Health Resources and Services Administration
estimates that up to 25 percent of American students are
bullied and the numbers are rising. School is supposed to
be a safe haven, but according to Jonathan Cohen, President
of the Center for Social and Emotional Education
(http://schoolclimate.org/), more than 160,000 American
students stay home from school on any given day because
they’re afraid of being bullied.

Jonathan Cohen, “Bullying undermines the ability for children
in grades K-12 to learn and develop in healthy ways.” Bullying
has been noticed by the American Academy of Pediatrics and
will for the first time include a section on bullying in its
official policy statement on the pediatrician’s role in
preventing youth violence.

What is bullying?
Many parents do not understand the complexity of bullying.
Florida state statutes defines bullying as systematically
and chronically inflicting physical hurt or psychological
distress through teasing, social exclusion, threats,
intimidation; stalking, physical violence, theft, sexual,
religious or racial harassment, public humiliation, or
destruction of property. This includes harassment of LGBT
students who face even death threats.
These just like any other group of young people have dreams
and aspirations of contributing to their communities, having
families, careers and enjoying life.

These expectations of life are sometimes questioned when they
are bullied and tormented by those who are ignorant to the
lives of others. “From Teasing to Torment: School Climate in
America” (2010) students across the country said their peers
were most often bullied because of their
appearance, but the next top reason was because of actual or
perceived sexual orientation and gender expression.

Even some churches which claim to accept all of God’s children
bully LGBT students by creating atmospheres where young people
feel un-welcomed by verbal nuances and subliminal messages which
demean, embarrass and ostracize. The issue of bullying has grown
to where “Sesame Street” has even created a bullying prevention
program, “Reading Rainbow” has addressed this issue. 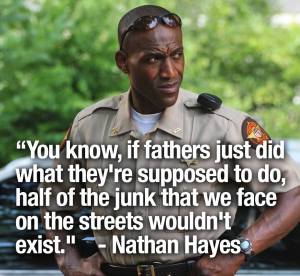 Laws and Law Enforcement
Because of the increases in bullying behaviors schools districts, law
enforcement and legislatures of various states have enacted Acts and Laws
as protection against these actions. Mentioned above; the “Jeffrey Johnston
Stand Up for All Students Act” (Fla. Stat. section 1006.147). Debbie Johnston
the mother of Jeffrey stated, “Everybody is recognizing that bullying
isn’t a rite of passage, it’s not a part of childhood, and it doesn’t
build character.”
As a result of Jefferies death the Act “Jeffrey Johnston Stand Up for All
Students Act” was created. The Act requires districts to adopt new anti-bullying
policies and spells out that those policies must address “cyberbullying“ and the
growing Sexting cases; taunts and harassing messages delivered by computer,
cell phone or other technologies. Schools are taking serious bullying after
several instances that were reported in local and national media outlets of violence.

Schools are required to investigate any reports of bullying, including
cyberbullying and notify all parents to be more involved. There are even forms
that are created to report bullying, by name or anonymously. Parents should
check with school guidance counselors for more information about intervention,
prevention and proactive strategies.
The unfortunate truth is that only a small number of incidents are reported to
school officials, teachers, administrators and even parents. Many schools have
their own police force, but still there is a great hesitancy to report cases of
bullying or harassment. Students are scared because of retribution from increased
bullying and the torment of other family members that may be drawn into these actions.

“Because of the “culture,” it is now a matter of life and death that students get
past “snitching” and alert parents, teachers, and even law enforcement officials.”
William Jackson, M.Ed. Speaker and Blogger on Bullying/Cyberbullying Prevention 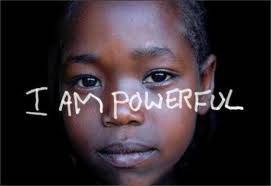 Empowering Families and Ministries
Working with ministries and speaking to youth groups to share information about
bullying and cyberbullying prevention, as an educator and parent, I’m doing my part
to talk to students, families and churches about bullying and cyberbullying through
community groups, PSA’s and speaking at churches using the story of
David and Goliath 1Samuel 17:1-58
It is important for parents, grandparents and other family members to talk to
the youth, teens and young adults in their families and communities to stop
bullying and take a unified stand. Not with violence, but with education, prayer
and compassion. 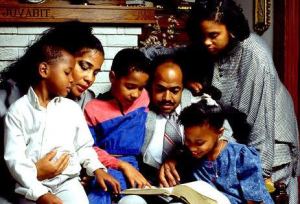 Conclusion
Parents need to be more informed, involved and proactive. Checking their children’s
online activities, cell phone records and talk to teachers, guidance counselors, and
administrators. The unfortunate reality is children and teens will not tell their
parents about being bullied especially boys because they do not want to be labeled
as “soft“. There is a “code” among young people that they abide by because they
feel no one is listening to them or taking them seriously.
“the underlying stress and anxiety from bullying lasts a lifetime. It can lead to
personality disorders, emotional instability, drug/substance abuse, unhealthy dietary
changes and to the extreme suicidal thoughts and actions.” William Jackson

Parents start listening and watching for unspoken signs of behavioral change and emotional
instability. Be proactive to the issue of bullying and harassment, talk to your
children every day about their day, their friends, and their emotional and mental
stability. Importantly follow your instincts as a parent.