My reflections as a parent, educator and speaker on
Social Media Etiquette and Safety. As the holiday season
begins to close millions of students have been enjoying
the holidays connecting with friends
in person and through digital tools and platforms.

School will be the furthest from the minds of school age
children ranging from elementary to higher
education. As a teacher, teaching elementary education
and Educational Technology in higher education I
caution my students about their participation in
online environments. Many parents of elementary
age students do not know their children are on social media.

The temptation is to connect, friend, partner, and
attach with as many people as possible, sometimes
thinking of it as a game. This game has dangers that
many youth and teens do not understand. Connecting
with people online has the potential to create positive
collaborations or opening up to potential dangers of
stalking, cyberbullying, Sexting and even physical
dangers.

When I present at workshops or conferences my
initial statement to the youth, teens and even parents is:
“Your phone can be your best friend or your worst enemy,”
as they hold up their devices in the air. To start the
interactive discussion on a level they can relate to and
to make it relevant and binding. Social media is a platform
that is embraced globally so there can be global implications. 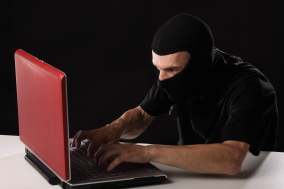 The actual amount of Social Media recruiters for ISIS or
other groups is not known but, I’m sure there are hundreds
working collaboratively to coordinate digital strikes of
propaganda directed at children, teens and young adults.
Sharing information on Facebook, Twitter, LinkedIn, Google
plus and other platforms. Even creating Apps that share
encrypted information that is hard to break and decipher.
ISIS has ramped up its recruitment efforts making parents
more cautious and even scared. The military has increased
their Cyber-warriors to combat electronic terrorism.
The reality for the United States are young adults being
criminally charged, there was a Minnesota teen arrested
for attempting to join ISIS, the same in Colorado and other
states. Experts like University of Maryland psychology
professor Arie W. Kruglanski has recommended “constant
vigilance. ”

ISIS militants draw young people in with messages of power
and determination,” he said, “teens are especially susceptible
because of the lifestyle changes they’re going through.”
He stated that young adults, “look for clarity and coherence,
and this kind of ideology that is black and white, clear-cut,
very structured is of great appeal to them.”

At one time it was just males being recruited, increasingly
there are females that are highly intelligent, talented and
eager to experience what they perceive as adventures and
new opportunities to be embraced by those that treat them
as adults. Many teens and young adults are building their
identities and ISIS provides a sense of identity even though
destructive and violent in nature. Society has spread the
thrill of adventure, the excitement of fighting against
authority, the ecstasy of combat and even the disconnection
of killing others. If this is hard to believe look at the video
games kids play, they are violent, sexist, in some cases
racially destructive to other cultures and even promoting
the cultural superiority.

The growing tragedy is that ISIS is looking to recruit
teenage girls to join the fight. This can be seen by the
three Colorado girls who were allegedly traveling to
Syria in October 2014 before being caught by the FBI in
Frankfurt, Germany. The access to funds to make travel
arrangement is surprising parents that are in denial or
just ignorant to what is happening in the world.

Parents can no longer “give” their children free reign on
the Internet. The access points are too easy: smartphones,
tablets, watches that can access WiFi, and even gaming
platforms that can access the World Wide Web. ISSI is
using these connections to entice teens and young adults
through gaming stations.
There is so much to cover, but parents must understand
that being a parent comes with great responsibility.
As a parent you sacrifice your life to raise another human
being to be a productive and contributing part of our society.
To combat the ISIS recruiting process, parents need to talk
to their children about their developing morals, values and
ethics to show their children and others that ISIS’s promises
are false and based on death and destruction.

The seriousness of child recruitment is seen in NBC news,
80 camouflage-wearing children, standing in military formation,
participating in military exercises and praying with guns. NBC
News reported that the so-nicknamed “cubs” are also taught
how to behead people and use assault rifles. The dangers of
attraction are used by employing pretty girls to entice boys
and handsome/dangerous boys to attract girls. That creates
powerful images online that encourage deeper investigation.

President Obama has shared that parents must be diligent
in protecting their families from online attractions. Stating,
“The high-quality videos, the online magazines, the use of
social media, terrorists’ Twitter accounts — it’s all designed
to target today’s young people online in cyberspace.”
“Families should closely monitor their children.” Christianne
Boudreau who lost her son to ISIS, stated that she saw
warning signs. The Canadian mom of Damian Clairmont (22)
was killed fighting for ISIS in Syria, his behavior changed,
he was agitated, colder, emptier.
Boudreau, “We need to start arming ourselves with the
knowledge, the awareness, the education, and to be able to
deal with these issues and be able to speak with our children
at an early age.” 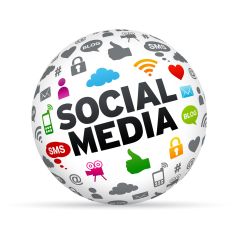 Parents cannot put off discussions with their children, open
and honest, not scary or dooms day, but just as we teach our
children about “stranger danger,” the dangers of drugs,
unprotected sex, parents need to talk about terrorist now
both foreign and domestic to their children that are yet to
experience life.

Resources:
Is Your Child An ISIS or Extremist Target
https://myquesttoteach.wordpress.com/2014/12/13/is-your-child-an-isis-or-extremist-target/

Parents Can ISIS Manipulate Your Children On Social Media https://myquesttoteach.wordpress.com/2015/04/08/parents-can-isis-manipulate-your-children-on-social-media/

One thought on “Guest Post via @wmjackson: 2016 Protect your Child from ISIS Recruiting”