A Call To Action for Bloggers of Color and Culture
Edited from an earlier blog by
William Jackson, M.Ed. Father, Educator, Blogger
Bloggers of Color and Culture Matter is a sounding call to those of
color to begin to share the importance of information that liberates
the mind and engages the intellect not for violence and social upheaval,
but to inspire people of color to take positive action in their communities
for positive changes, if they have not done so already. The current
political and economic conditions and violence with law enforcement
and Black on Black crime call out for justice.

The voices of millions of African Americans and those of diverse color
and culture must not be silenced or ignored. Violence is not the answer, engagement of literacy, discussion, dialogue, reading, comprehension
and sharing of life experiences is needed.
Our elders need to be lifted up and asked for wisdom and
experience to guide us through and help us to be able to defeat
the challenges that communities struggle with, their needs to
be unity and a common ground for growth.

Through digital technologies like Blogging, Vblogging,
Podcasting, Microblogging and other dynamic communication
platforms and tools people of color cannot afford to be silent,
they have the tools to express themselves and challenge
injustice.
African Americans cannot afford to be quiet, allowing national
news stations to cover the deaths of our sisters and brothers as
sound bites, Black on Black crime is covered like a disease that
can only be cured by treating all Blacks like a virus: allowing news
channels to tell one side and only  what they want the public to
hear and to learn.

Malcolm X stated, the power of the media will have you loving
those who are killing you, and hating those helping you. The voices
of those of culture need to be expressed where the stories are truthful
and accurate, when African Americans allow others to speak for
them sometimes the truth is distorted, left out and even modified
to show a picture of personal and cultural self-hatred, self-execution
and destruction.

Truth be told, yes there is Black on Black crime, but that does not
mean there should be open season and allowable savagery from
those in law enforcement to brutally beat and even kill people of
color,  to violate not only their constitutional rights, but their civil
and importantly human rights to life.

The list continues to grow of unarmed boys, girls, men
and women executed: The deaths of African American boys ,
girls, men and women should never go un-noticed, discounted
as human fodder or casualties of some planned war. The killings
of Sandra Bland, Tamir Rice, and others is a message to African
Americans that we cannot bow down to tyranny and that
education, economic equality, political power and alliances
is vital.

When you begin to systematically kill boys, girls and women of a
culture this is progressive action to genocide. The words of the
President of the United States of America should not just be heard,
but the digital screams of millions of people of color should be
resounding through City Halls of our respective cities, the Congress,
the House of Representatives, the Judicial branches of government
for them to make progressive and transformative action to make
changes that protect and enforce the Constitution of this nation
for all people.

Violence will not make progressive change, education, engagement, community unity, cultural love, respect and unification will. Blacks
have to stop running away from their communities and start running
back to them to make changes because conditions will follow them.
It cannot be churches, schools, funeral homes, law enforcement,
State Attorneys Offices, City Halls and even City Council members
to change communities, everyone has a part.

Where are African American lawyers and political activists when
African American woman can be denied the due process of the law?
This is not the first time, look at the annuals of African American
history and see how children were “gator bait,” women were treated
as sexual slaves and field machines, boys were beaten, tortured
for sport and men were torn from families to work in inhuman
conditions. 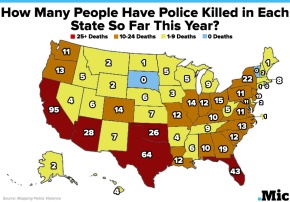 This was not too far from past histories and if African Americans
and People of Color continue to disrespect education, intelligence
and intellect it will return. Anyone of our mothers, grandmothers,
wives, sisters, daughters, aunts, nieces,  step-daughters,
lovers, side-chicks, girlfriends could be next  to what happened
to Sandra Bland and others. What will happen then?
Who will speak for them as their bodies grow cold from
deaths touch at the hands of men and women who see them
to be disposed of like trash?

The views of this blog are the views of William Jackson,
no other contributors were sought to add content. 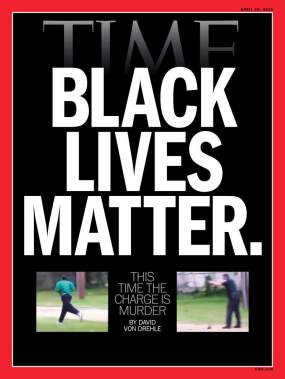