Skip to content
Posted on December 25, 2016 by William Jackson

“What should we be doing going forward?”
Africans can save Africa: Arnold Ekpe at TEDxEuston
There are millions of potential brother and sister bloggers
in Africa, diverse people of color and culture, yearning to
tell their stories, developing and waiting to share their
Brands and expand their opportunities to collaborate in
education, business, commerce, finance and global
entrepreneurship.

This writing is a contribution of knowledge to share and hopefully motivate and inspire Africans desiring to blog, microblog, videoblog, podcast, and create dynamic content within their communities. Their (African) voices and stories are important and should be shared on a global platform of respect and collaboration on dynamic Social Media platforms to represent the African diaspora and historical significance of the art of storytelling.

African children are learning that through education they can contribute to the world in ways not available decades ago.
Colonialism attempted to silence the voices of Africans.
It failed because the voices of Africans can be heard
whispered on the flowing waters and in the air currents,
stories that travel through the trees, and the paths both
dirt and paved across the continent.
Social Media platforms and tools are allowing African
boys and girls to share their stories with the global
community, bringing attention to their lives right from
their mouths and to the ears of billions globally.

As an educator and parent, I want to encourage African
children, teens, youth and young adults to share their
stories through the diverse tools that blogging has to
offer and enhance their language abilities, “language
is the way to memory.”
Prof. Wm Jackson #MyQuestToTeach
Do not allow others to tell your stories as was done
during the centuries of slavery, oppression and
colonization.
In the spirit of Chinua Achebe share your stories and let the world hear you. Chinua Achebe the “Father of African Literature” has stated many times that the minds of the people were influenced by the
colonization of Europeans.
African writers need to be activists in their writing, to challenge the thinking of Africans, to encourage intellectualism and activism even still today.
The thinking and the writing of Africans are
challenging the “emperors” way of thinking,
“because the storyteller has a different agenda”
than the emperor, “Conversation with
Chinua Achebe 2012.”

In many ways, Africans have a responsibility to
share their stories and share their voices. What better way to tell truth to life what Europeans have tried to deny for decades? There was a denial of building of thought leaders and intellectuals in Africa during colonial rule. The independence of Ghana in 1957 and subsequently other African countries allowed for the potential of building new intellectuals that in turn will teach others. Sharing the value of their voices just as Achebe, Soyinka, and others have done, storytelling is a powerful tool to build cultural pride and dignity.
The 20th and 21st century have opened new ways for Africans to soar, to embrace the winds of change that allow for the chains of colonialism to
dissipate. Achebe shares that Africans have the right to share their expressions, no matter the medium, the tools, or the platform.
The encouragement of children is important because as Achebe says that “children can fly,” and should be encouraged to.
Achebe states that he writes because he likes to write; I feel the same passion. To share not just stories, but information to encourage people to think, contemplate, dream, consider the possibilities to grow
beyond the limited imaginations of those that do not respect the diversity and the heritage of African nations or the diaspora.
Africans must tell their stories, share their voices, and build a new dynamic identity for the 21st century.
Africans are more than a people to be colonized and ruled. They are a people that have passions, expectations, and dreams; this should be shared with the world.

African voices can influence geopolitical decisions that will take Africa into the 22nd century and beyond.
Africans as a collective can influence the gaps in education, in commerce, in the innovation of technology, and the opportunities to achieve more to the benefits of Africa and African people, not just people from other countries.
54 countries united to solve their own problems can achieve great things if they unite and speak united. Africa united as a strong united force to make positive and transformative change.
These powerful words from stated that, “no foreigners have ever developed a country, the nationals have developed their own country.”
Africans can save Africa: Arnold Ekpe at TEDxEuston
https://youtu.be/D70ZybuB-rE 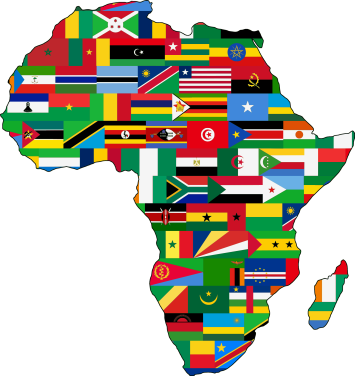 African on the Blog
http://www.africaontheblog.com